I forgot to link to this back in July, but Herman Greene, editor of the CES Musings newsletter, republished my essay Physics of the World-Soul: The Relevance of Alfred North Whitehead’s Philosophy of Organism to Contemporary Scientific Cosmology (2013) in their December 2014 issue.

You can find the PDF of the issue by clicking here. Or you can visit the CES website and view the issue’s articles separately.

Below is Herman’s helpful (and kind!) introduction to my essay:

The following essay would be a stunning accomplishment by a person of any age. It is even more remarkable that it is by Matthew David Segall, a man in his twenties. Matthew undertakes with aplomb the task of making sense of modern science and evolutionary theory in light of Whitehead’s philosophy and also a vision of the ecozoic.  He defines his project as “my own attempt to re-construct the philosophical basis for a viable planetary civilization.”

Matthew gives me hope for the future. I don’t know of a finer young, ecozoic philosopher.

Here is his bio:

Matthew David Segall is a doctoral candidate in the Philosophy, Cosmology, and Consciousness program at the California Institute of Integral Studies in San Francisco, CA. His dissertation draws primarily upon Alfred North Whitehead, Friedrich Schelling, and Rudolf Steiner, and is focused on the role of imagination in the philosophical integration of scientific theory and religious myth. His undergraduate work was in cognitive science at the University of Central Florida. He is the author of several articles and books, including Physics of the World Soul: The Relevance of A.N. Whitehead’s Philosophy of Organism to Contemporary Scientific Cosmology (2013), “Logos of a Living Earth: Towards a New Marriage of Science and Myth for Our Planetary Future” in World Futures, Vol. 68 (2012), “Participatory Psychedelia: Transpersonal Theory, Religious Studies, and Chemically-Altered (Alchemical) Consciousness” in The Journal of Transpersonal Research (forthcoming, 2014). He also blogs regularly at footnotes2plato.com.

Some Concepts in Matthew’s Essay

In order to understand Matthews’ essay, you may helpful find this description of a few background concepts in Whitehead’s philosophy.

Before I go on, if what follows here or in Matthew’s paper seems confusing, just think of the universe as a continually developing piece of jazz music made up of zillions of notes played by creative musicians seeking novelty, rich harmonies and beauty.

Whitehead’s cosmology does not begin with the large scale structures of the universe. Rather it begins with the smallest units of existence, the actual occasions, or drops of experience, of which the universe is composed. In his cosmology, each of these drops of experience comes into being through the influence of factors internal and external. His cosmology is “atomic” in the sense that the universe is composed of minute events that make up all there is, but not in the sense that each atomic event is a substance existing in its own right and having only external relations with other atoms. The existence of each event is its becoming (in Whitehead’s technical language, its “concrescence”). Each event has a subjective-creative aspect.

Events form societies. Societies exist but the events that make them up come into being and then perish. You can think of this like a person’s liver. It seems like an enduring object, but its cells are replaced every 150 days. You can also think of this like pixels on a TV screen. The pixels together make up the pictures (analogous to societies), but the pixels flash on and off. The atomic events, that is to say “actual occasions,” in Whitehead’s scheme are much smaller than cells or pixels, they exist at the tiniest possible scale. Also they don’t just flash on and off, they inherit from past events and project something new forward. Societies have synergistic characteristics not possible in any one event.

In the process of concresence events reach a final form. This form is an expression of an eternal object. Eternal objects are all the ways that things can become actual in the world. They are squares, circles, colors, tones, feelings, and more. Whitehead took the idea of the forms from Plato and then changed them. Whitehead’s eternal objects don’t exist in an abstract world of forms, but rather in actualizing events. An eternal object is anything that can be abstracted from a particular experience and can recur again. For example, redness is in a specific event, but can recur in other events. Whitehead described eternal objects as “pure poten­tials for the specific determination of fact,” and “forms of definiteness.” There are potentials that have not been realized and those possibilities exist by virtue of the ordering of eternal objects in the primordial nature of God. Some have difficulty with Whitehead’s reference to the term God and prefer to think simply of the primordial order of the universe.

In understanding this myself I think of a piano. It has 66 notes, but the notes are not the strings—the strings give rise to the notes. The notes are harmonically related to each other, not because of the strings but because of the nature of the notes themselves. The notes exist as potentials apart from the strings of any piano. They only come into being, however, when the note is played on the strings. Without the harmonic order of the notes (again not something given by the strings), we wouldn’t have the possibilities of the music that we have. There are limitless possibilities for creativity on a piano, but only because there are 66 harmonically related notes (eternal objects) that can be played by the piano player striking the strings.

Thomas Berry points out that science can tell you how many times the strings vibrate, but it can’t hear the music. Both the vibrations of the string and the notes are “real,” but they are real in a different way. The notes and the effects they have are something real in themselves.

In much of modern philosophy, what is real is the vibration of the strings and the music is our subjective reception or interpretation of the vibrations. To think this what is what Whitehead calls the bi-furcation of nature. It separates the world into what is real and the human response which is subjective. Whitehead seeks to understand nature in a way that all that we experience—emotion, thought, beauty, feeling, compassion, are real in nature.

This is what Thomas Berry was about as well. He wrote on pages 32-33 of The Great Work:

And if all of the above or what is in Matthew’s paper seems confusing, just think of the universe as a continually developing piece of jazz music made up of zillions of notes played by creative musicians seeking novelty, rich harmonies and beauty. Then keep reading.

It is clear that American foreign policy and Western colonialism more generally have played a huge role in fanning the flames of “Islamic” terrorism. I’m heartened by the many peaceful Muslims who are speaking up to say that terrorists are most definitely NOT Muslims, including this brave fellow:

Be that as it may, these suicide bombers committing acts of “altruistic evil” certainly believe they are Muslims. Their twisted view of the faith is being fed to them largely by what Kamel Daoud calls the “religious-industrial complex” of the Saudi Arabian state. Peaceful Muslims saying Daesh is not Muslim is not enough, in my opinion. Obviously, we more or less secular Americans have a lot of work to do on ourselves and our society, and a lot to apologize for. But at this point, there is no turning back. We’ve created a monster that isn’t going to lay its weapons down just because we say sorry. The Western world needs to do everything it can to support and amplify the message of peaceful Muslims speaking out against terrorism.

Bombs may weaken Daesh, but they are not going to defeat them, not in the long term. Taking political power out of the hands of clerics in Saudi Arabia and other Middle Eastern states and putting it in the hands of Muslim women (for example) is going to defeat Daesh. A theology of peace is going to defeat Daesh, a theology whose power comes from the persuasiveness of its vision, rather than from the fear of violence should its authority be challenged. Any religion based on externally imposed laws enforced by violence is shallow in comparison to a religion whose authority is based in unconditional love (agape) arising spontaneously from the hearts of its believers. I’d go even further and say religions based on repressive external laws represent the worst kind of idolatry. The power of God is the power of love. It works through quiet persuasion, not coercion or fear. Contrary to the fundamentalism of Wahhabism, pretending we are embodying the desire of the divine by creating long lists of rules that only serve to reenforce existing political structures is the very definition of idol worship.

While we in America need to get over our fear of others, reign in our imperialism, and immediately drop our support for dictatorships like that in Saudi Arabia, I think the key to defeating terrorism definitively is for the majority of Muslims to speak loudly and clearly to Daesh that they are evil and a disgrace to the faith they claim to uphold. And of course we non-Muslims need to support them, wherever they may be. It is obviously far more dangerous for those Muslims living in the Middle East to speak out against such extremism. We depend on their bravery and courage, as they depend on our ability to overcome our imperialistic habits and our implicit or explicit white Christian supremacy.

[Update on 12/1/2015: Given the recent shooting at a Colorado Springs Planned Parenthood location, I’m reminded that we in America also have a Christian terrorism problem. Peaceful and loving Christians need to stand up and condemn those who would pretend to do “God’s work” by murdering people. Disagreeing about the morality of abortion is one thing, but let us not forget what Jesus teaches regarding judgment of the alleged sins of others: “Let he among you who is free of sin be the first to cast a stone” (John 8:7).]

If you’re in the Bay Area, join us at CIIS on December 11th @ 6:30pm on the 5th floor/room 565 for this talk by the brilliant and always entertaining Jamie Socci. She’s been deeply immersing herself in Foucault’s work for several years now and I for one am excited to hear about the fruits of her labor. As always, the PCC Forum is open to the public and free of charge. Visit the Forum website for more information.

“There are more ideas on earth than intellectuals imagine. And these ideas are more active, stronger, more resistant, more passionate than ‘politicians’ think. We have to be there at the birth of ideas, the bursting outward of their force: not in books expressing them, but in events manifesting this force, in struggles carried on around ideas, for or against them. Ideas do not rule the world. But it is because the world has ideas (and because it constantly produces them) that it is not passively ruled by those who are its leaders or those who would like to teach it, once and for all, what it must think.”

In Latour’s words, Whitehead replaced the concept of substance with that of subsistence. I appreciate Latour’s insistence on the need for the creation of institutions that encourage and sustain themselves through transformation. Question is, what would such institutions look like? 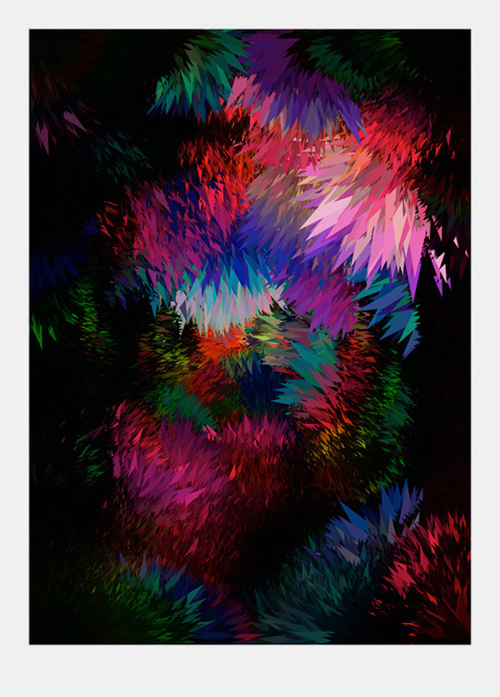