Cosmologist Brian Swimme will be presenting at the PCC Forum at CIIS in San Francisco, CA this Friday, April 27th at 6:30pm in room 565. The lecture is free and open to the public. 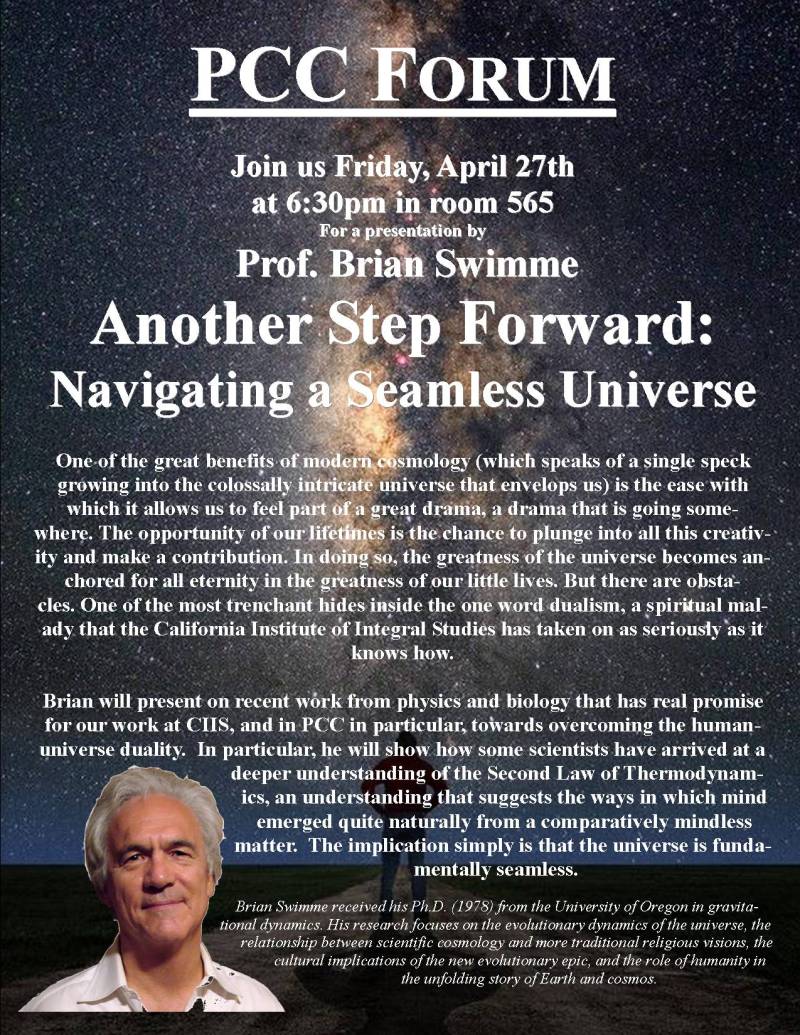