I was wondering how long the cease fire would last… The pluralism wars flared up again this afternoon over on FaceBook (this link may not work for everyone). Misunderstandings abound, or so it seems to me. My position–which is greatly indebted to thinkers like James and Whitehead, and more recently, Bruno Latour–is that of ontological pluralism. What is finally real in such an ontology has nothing to do with a mind-independent objective nature; rather, what is real are the value-experiences of a multiscaled and creatively evolving ecology of organisms. 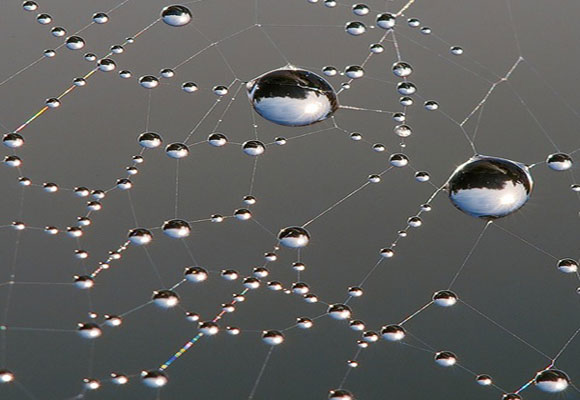 Ontological pluralism is not equivalent to the rather banal thesis that human individuals and collectives have different world views. Of course they do. Call this “world view pluralism” or “multiculturalism.” Many of us don’t like it, but it doesn’t matter: it’s still a plain fact about the sociopolitical environs modern people inhabit. The idea here is that human subjectivity provides for a whole multitude of cultural, psychological, and/or symbolic ways of relating to the world. The Modern constitution has it that each way of relating to reality should be tolerated, even respected, but on the other hand we are also all obliged to agree that there is finally just one pre-existent true reality out there somewhere. This is the incoherence of Modernity’s bifurcation of nature. Depending on whether we’re dealing with a theistic or scientistic fundamentalist, this “one true reality” could be a natural world made of matter that Science/Reason is the only objective, culture-free way of accessing, or a supernatural world made of spirit that Religion/Revelation is the only objective, culture-free way of accessing. This all too Modern settlement is rooted in the bifurcation of nature that Whitehead spent the last 25 years of his life protesting against:

What I am essentially protesting against is the bifurcation of nature into two systems of reality, which, in so far as they are real, are real in different senses. One reality would be the entities such as electrons which are the study of speculative physics. This would be the reality which is there for knowledge; although on this theory it is never known. For what is known is the other sort of reality, which is the byplay of the mind. Thus there would be two natures, one is the conjecture and the other is the dream. –The Concept of Nature, p. 31

Scientific materialism, in other words, has come to oppose our subjective experience of nature (the dream) to an abstract model of nature theorized to be the objective cause of that experience (the conjecture). Latour recently delivered a lecture to an audience of anthropologists that continued Whitehead’s protestation against bifurcation: “What Is the Recommended Dose of Ontological Pluralism for a Safe Anthropological Diplomacy?” It is worth a listen…

Latour and Whitehead both protest against scientific materialism, but they don’t do so as beautiful souls trying to defend the subjective meanings of consciousness from reduction to the materiality of the nature known to science. As Latour makes clear in the lecture above, his project is an attempt to account for the variety of materials known to the sciences more adequately. Similarly, Whitehead was driven into metaphysics precisely because of his deep appreciation for and desire to defend the scientific process. He was as shocked as everyone else who lived through the demolition of classical physics in the early part of the 20th century. He realized that a quantum, relativistic physics, to continue being rational and offering elucidating descriptions of reality, was going to need new metaphysical justification. His process-relational ontology (aka, ontology of organism) takes materiality very seriously, but it no longer considers “matter” to be the objective half of a bifurcated universe. Rather, enduring materials are understood to be always already hybrid subject-objects. Everything physical is understood to be mixed up with everything conceptual and affective. The universe is awash in flows of feeling, flows composed not just of actualized histories and present appreciations, but of anticipated future trajectories. Energy carries physical as well as emotional force.

All that said, what, then, is ontological pluralism? Unlike the banal form of pluralist multiculturalism that everyone already accepts, ontological pluralism is the more radical thesis that no unified underlying material reality exists that might referee the plurality of organismic (human and nonhuman) value-experiences that contest, cooperate, or metamorphose with one another in order to secure their continued existence. The universe is an evolving ecosystem of organisms. It is eros and ares all the way down, equal parts symbiogenic orgy and struggle for existence from top to bottom. Whitehead (Science and the Modern World) offers a concrete example of how this plays out in the physical world:

“Thus just as the members of the same species mutually favor each other, so do members of associated species. We ﬁnd the rudimentary fact of association in the existence of the two species, electrons and hydrogen nuclei. The simplicity of the dual association, and the apparent absence of competition from other antagonistic species accounts for the massive endurance which we ﬁnd among them.”

In the image of the cosmos constructed by the philosophy of organism, evolution comes to refer not only to the process of biological speciation in the earthly mesocosm, but also to wider micro- and macrocosmic ecologies of individualizing energetic activity. Evolution, in its most general outlines, is a theory relevant to the entire scope of cosmic history.

The sciences are generally quite good at producing objectivity, but they do so by forging robust alliances with a multitude of still evolving agencies, not by laying bare the supposed material substratum of all things. As a result, their knowledges and their truths, are always in-the-making (just as the cosmic ecology itself is always in-the-making). Science is a process of inquiry, not a storehouse of produced knowledge.

Latour’s ontological diplomacy is an effort to avoid marshaling “Scientific Facts” as though they might bring a final end to all contestation. Such facts will remain as important as ever even in a non-modern ecological epoch. They deserve to be defended. But the question is, just how is the scientific process best defended from its relativist critics? By claiming that it somehow transcends culture, politics, society, practice, embodiment, subjectivity, etc., and speaks unambiguously on behalf of an objective and pre-existent “Nature”? No, I don’t think this does the reality of the often anarchic and surprising scientific process justice. Latour shows how if such a defense of science via purification were successful, it would only succeed in rendering science entirely unequipped to produce any of the knowledge we’ve come to expect of it.

I’m no relativist, though I am a relationalist. We have plenty of tools to determine which facts are more secure and which more fragile. The clearest evidence we can produce of a well-constructed fact is to trace the network of relationships it has been able to forge between the agencies constituting it. The more tightly and widely networked, the more serious we ought to take it as a fact. So for example, when it comes to the issue of climate change, I’m way more inclined to trust the worldwide scientific community of climatologists–with their well-funded labs, peer-reviewed journals, satellites, thermometers, weather balloons, etc.–than I am a PR rep from the oil industry or the Heritage Foundation. Unfortunately, the PR industry has its own way of forging networks that work tirelessly to undermine the public’s trust in the scientific process. Here, we can and should distinguish between the political and the scientific mode of existence: the Heritage Foundation thinks it is doing climatology, but really it is doing politics. Its networks are not productive of experts, but rather of ideologues. Not that there is anything wrong with politics! The point is just that a more diplomatic effort to sort out these ontological confusions might help us do politics and science more effectively amid the plurality of fragile things composing this open-ended universe.

Ontological pluralism, then, is the thesis that reality is multiple and open-ended (not just that humans have a multitude of world views). It’s not just that our scientific knowledge of the universe is incomplete, its that the universe itself is incomplete. Ontological pluralism does not entail that we ought not to disagree with human collectives whose values differ from our own. We can and must enter into such disagreements! We cannot rely on some transcendent Scientific God’s eye view to settle our scruples for us. Instead, we should weigh the merits of different human values and world views on less otherworldly (ethical and aesthetic) grounds.

For the pluralism of an ontology of organism like that I’ve tried to articulate, the question about whose subjective symbolic or cultural or psychological world view is true and whose is mistaken just doesn’t arise. It is a dumb question once you’ve accepted the conceptual consequences of this path for thinking. If what is finally real are the value-experiences of a multiscaled and creatively evolving ecology of organisms, then the question isn’t “whose view is correct?” (“correct” in the scientific sense of objectively true regarding an external material world), but whose view is more powerful? Being is power, as Whitehead said, following Plato in The Sophist. Ontological pluralism is not a thesis about the relativity or objectivity of truth. It concerns the truth of relativity–the truth suggested by post-classical physics, systems biology, and post-colonial anthropology–that the universe is full of agencies at all levels (physical, chemical, biological, psychological, …) and is ontologically incomplete/open-ended/processual. The “…” is important for process-oriented pluralists. It signifies that which cannot finally be signified. Call it “Creativity” if you think that’s less cagey.