Some questions have emerged about what the hell (or heaven) I might be talking about in my last essay about death and the soul. These questions provide me with an opportunity to reflect on my own writing in an attempt to more fully articulate the vision behind it. I don’t already have answers to these questions, but now that they have been asked, I will try my best to respond to them. 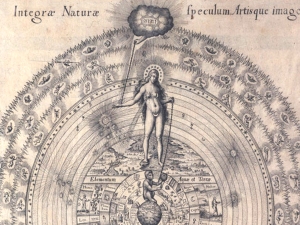 Most of the questions inquire into the nature of the World-Soul. I’ll answer each in turn.

1) What is the relation between the World-Soul and the individual soul?

The relation is that between a Macrocosm and a Microcosm. The individual soul is the World-Soul in miniature, its holographic or fractal recapitulation on a different scale or level. Logically, there is no way to coherently prove that something infinite and eternal is related to something finite and temporal; it appears to be a blatant contradiction. The best medieval neo-Platonist theologians argued endlessly about how God might be related to man, always trying to avoid describing man as too close in nature to the divine, an obvious heresy (at least if you ignore most of what Jesus is reported to have taught about the relation between the Father and His Children), or placing man too far away from divinity, such that all communication between Creator and creature (even revelation) is made impossible. Even if its nature cannot be precisely formulated by the human tongue, somehow the World-Soul (as Plato describes it in the Timaeus) is able to reconcile or mediate between creature and Creator (or between Difference and Identity, Time and Eternity, the Good and the World). I can only offer a likely story about how and why this is so. Tell the tale in whatever way you’d like, somehow or other the One becomes Many, remaining One despite being in each of the Many. The differentiation of the One is not just an accident, but of its very nature. The One becomes Many. God creates. To say “God” is already to speak God’s Word, which is the creation of worlds. The Creator cannot exist without the creation and the creature.

2) What is the relation between the World-Soul, Wisdom, and the shadows of human history?

If there were a complete and simple identity between the perfection of the World-Soul and the events of human history, it would seem to be well hidden beneath the violent warfare, economic pettiness, and ecological ignorance of our kings, generals, corporations and  nations. Clearly, there is a clog in the pipelines from heaven. I think opening this portal requires that human beings engage with the universe religiously and spiritually, especially through the sorts of initiatory rites practiced by the world’s Mystery schools, where the death-rebirth experience is ritually reproduced. Initiates into such traditions encounter Wisdom first hand, which is the only way, since Wisdom cannot be taught verbally by others. Hegel wrote about the World-Spirit, which was the particular human community that most fully incarnated the Idea at any given point in history. This is very controversial, raising questions about the ethics of thinking race, culture, and/or gender, since in speaking about the World-Spirit, Hegel implies that the German people of his time were providing Spirit the clearest portal into world history. Hegel also claimed he was not a philosopher, since he no longer loved wisdom but had attained it. I can’t speak for his claim, but even if he had Wisdom then, he doesn’t any longer! 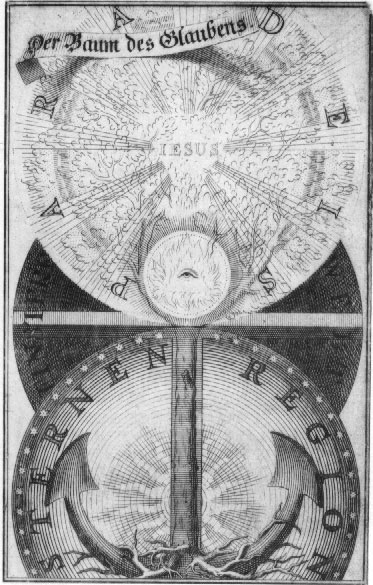 3) Why is the soul normally depicted as feminine? What is the relation between body and soul?

I depict the Soul as feminine because my consciousness is masculine. It is a bit like a mirror, this psyche of mine, and so whenever I attempt to feel for her I find what ever it is in me that is not doing the feeling. The soul is not a body that can be seen, but my own body deeply felt (which, it turns out, is not other than the whole world). Her beauty is not in appearance only, but it is not despite appearance, either. It is not independent of the body, but nor are the two, body and soul, simply identical. You could say our individual bodies are modes of the World-Soul, but this would bring up all sorts of parallels with Spinoza that I’m not sure are appropriate (or at least that I can’t explore fully at the moment). I think Beauty is not an idea at all, but a relationship. Beauty is that which is produced when soul and body are in resonance with each other, when the one is able to recognize the other as a friend.

4) Is the World-Soul “heavy,” or is it the lightness of being? What is the difference between mass and energy/matter and light?

If Wisdom is light, the World-Soul is matter. The World-Soul is that which underlies the animate materiality of the world. Matter is everywhere self-organizing, and it does so out of the power of the World-Soul to unify identity and difference, or eternity and time. Individual souls, animate beings, are heavy, because they each inevitably die. They are bodily beings: they are born, they age, and they die. The universal being, cosmic animal, or Living Thing spoken of in Plato’s Timaeus, is supposed by Plato to be eternal. But perhaps this World and its Soul will die, just like us. I tend to think that the physical universe known to contemporary science will indeed die, in some sense, but that this death will only be an opening onto a universe whose dimensions we (consciousness, Spirit) cannot yet fathom while still on this side of the 13.7 billion light year expanse of space surrounding us.  Intuitively, it seems as though there is no outside to this universe, that is has no biggest body that includes all others as organs. Rather, it is an infinitely nested fractal of creative expression dying and being reborn forever and always. A visionary participation in this fractal provides the lightness of Wisdom that counteracts the heaviness of the inevitable death that will remind us again of our source in the World-Soul.